Gorgeous photography and an elusive storytelling style combine to make this dark dramatic thriller both gripping and rather frustrating. Without some understanding of the nature of honour killing in Britain, it will be difficult to make much sense out of the plot. But the atmospheric filmmaking helps make up for this, and it also covers over an uneven central performance. 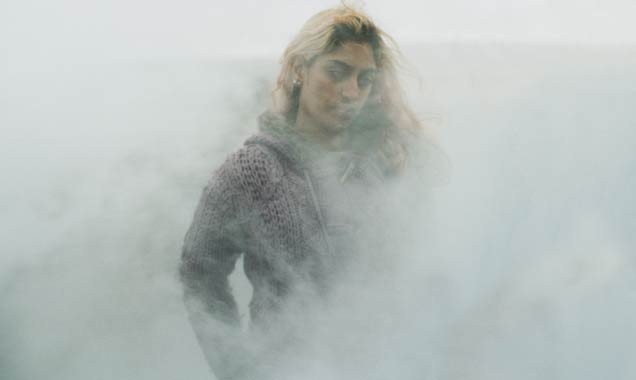 The story opens in an isolated trailer park on the edge of a Yorkshire town, where young Laila (Sameena Jabeen Ahmed) is in hiding with her Scottish boyfriend Aaron (Connor McCarron). But as she quietly heads to work, there are several men on her trail. Laila's brother Zaheer (Ali Ahmad) is just back from Pakistan and is tracking her down with three friends, while her father (Wasim Zakir) has hired Tony (Gary Lewis) and his friend Barry (Barry Nunney) to find her. Clearly, her family wants her back, and Laila knows they're not planning to welcome her with open arms. So she and Aaron make a run for it.

Shot and edited in an observational style, directors Daniel and Matthew Wolfe don't make it very easy for the audience, never quite explaining what's happening and letting the actors speak in mumbled thick dialect. This makes it tricky to engage with any of the characters, especially the inexpressive Ahmed, who is better in the quiet scenes than she is when required to display emotion. She does capture a strong sense of desperation, as Laila is literally fighting for her life. It's clear that each character has his or her own story within the bigger narrative, but working these out sometimes feels like a chore, even with terrific actors on board like Lewis, Nichola Burley (as Laila's boss) and Kate Dickie (as Aaron's mum).

As the situation grows increasingly intense, the film's fast-paced, bleak tone holds the attention, quietly exploring a big societal issue without ever coming right out and saying something about it. Robbie Ryan's cinematography is simply gorgeous, beautifully capturing the atmospheric energy of each scene, and it's edited in a way that's artful and intriguing. Viewers who know something about honour killing will be deeply unnerved by the plot's trajectory, understanding that this is a story about harshly sexist men who somehow manage to justify murder based on cultural and religious traditions. That this is tolerated anywhere on earth is horrifying. And a more pointed narrative approach might have made the film's loose climactic scene carry a much stronger kick.