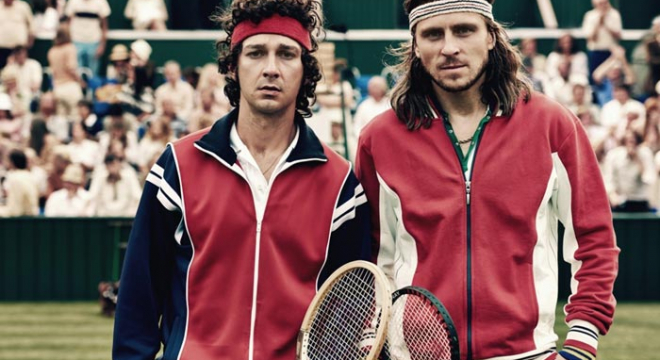 But then the entire film has a richness to it that adds constant interest. It's shot in a way that brilliantly recreates the period, including just enough tennis to show the players' different styles, but never turning into a full-on sports movie. Much of the film cleverly looks like vintage TV footage or home movies, adding to the story's themes rather than creating the usual stand-up-and-cheer biopic. So lets us experience what it feels like to play in the spotlight of Centre Court. Although since this is a film about the internal journeys of these two great players, it comes across as somewhat cold, focussing on personal battles rather than the more spectacular ones they fought in the public eye.