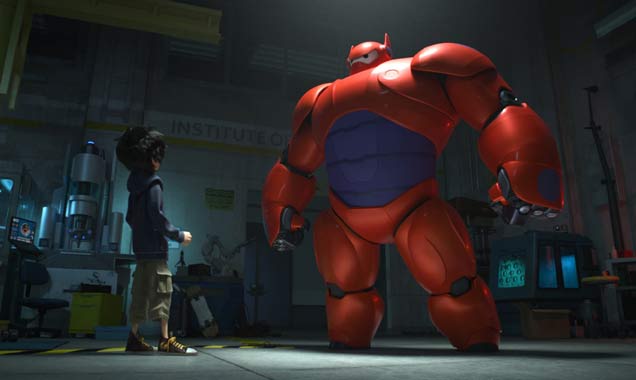 He also has the best physicality. With his marshmallowy body and wide-set eyes he's the film's most original touch. By contrast, the villain and his weapons are rather trite, because the filmmakers simplistically decided to make him dull and black in a sea of garish colour and gorgeously detailed cityscapes. Yes, the film is enjoyable enough, and young kids and undemanding audience members might even love it. But everyone else should demand more from Disney than these blanded-down plotlines and characters, which betray more interest in launching a line of toys than telling a meaningful story.