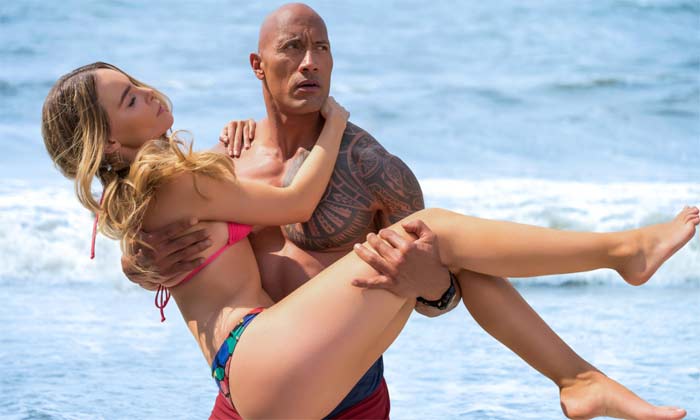 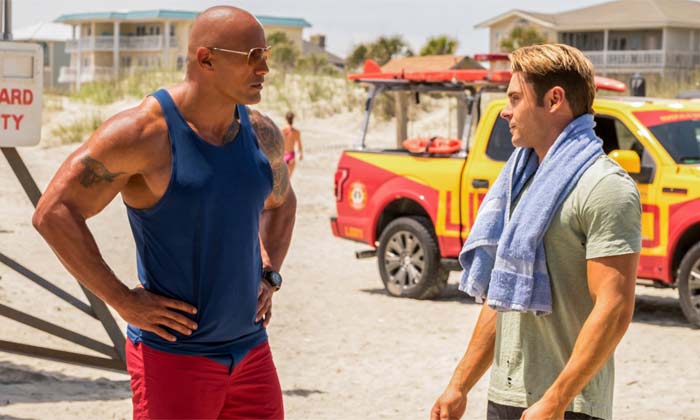 Mitch's determination that these lifeguards should play detective is one of the more amusing running gags in the movie, continually poking fun at the TV show's ludicrous plots. But the screenwriters never go anywhere with this. Instead, they pepper scenes with rude gags that focus mainly on male genitalia, while making sure the women are in the most revealing swimsuits imaginable. This alpha male fantasy is good for one laugh, but after two long hours it all feels rather leery. The only thing that makes the movie watchable is the cast, all of whom give cheeky, energetic performances that are perfectly timed and never take themselves remotely seriously.

Johnson and Efron have proven time and time again that they're likeable even in terrible movies (San Andreas and Bad Grandpa, for example). So even these dim-witted, inconsistent characters can't sink this movie. Meanwhile, the female cast members at least get to add a bit of ironic edge to their underwritten roles. But there's an overpowering sense that the filmmakers simply had no idea how to make this movie funny. For example, they bring David Hasselhoff and Pamela Anderson for cameos, but don't ask them to do anything witty. It's the kind of movie that will please the most undemanding of late-night audiences, but they'll hate themselves in the morning.

Watch the trailer and clips for Baywatch: 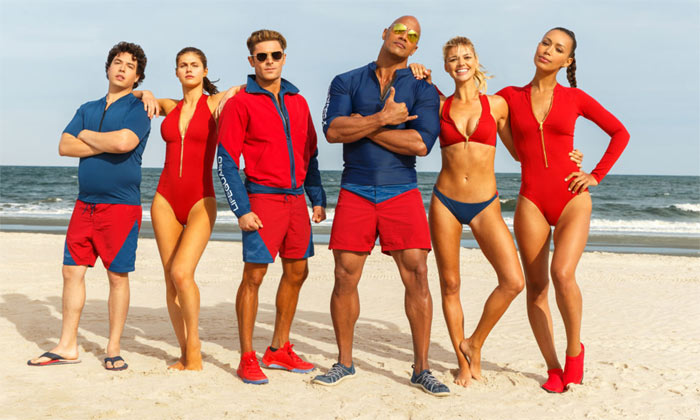