An attempt to muscle in on Luc Besson's Taken-style of thriller, this is an odd mix of French setting, American characters and British cast and crew. The inclusion of hugely current issues like immigration, terrorism and capitalistic excess adds the illusion that the movie is actually about something. So while the plot is preposterous, the film has an edgier, more jaggedly comical sensibility that makes it entertaining. 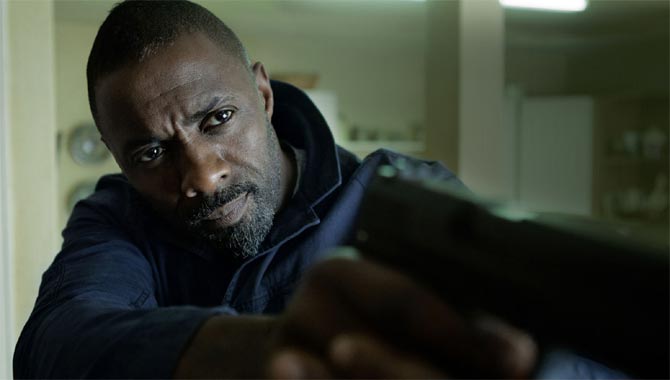 It's set in Paris, where the gifted American pickpocket Michael (Richard Madden) becomes a terrorist suspect when he inadvertently steals a bomb from a the hapless young Zoe (Charlotte Le Bon), roped into planting it by her anti-fascist boyfriend. On Michael's trail is the bullheaded CIA operative Briar (Idris Elba), who has just been transferred to Paris due to his insubordinate attitude. His new boss (Kelly Reilly) is an old friend who vouches for him, then quickly regrets that decision when he goes rogue and teams up with the fugitive Michael to track down the real villain. They're pursued all over the city by local police chief Victor (Jose Garcia) and his fearsome sidekick Rafi (Thierry Godard), oblivious to the fact that the men they're chasing are actually trying to save Paris from something catastrophic.

The plot itself is fairly simple, but the film is assembled in a way that makes everything look far more complicated than it actually is. Action mayhem breaks out at every turn, with impressively full-on stuntwork, crashing chase scenes and lots of shootouts. A fistfight in the back of a careering van is particularly rough and tumble, as it were. And with such villainous baddies, the filmmakers believe they are justified in killing off dozens of faceless henchmen. One dares to show a glimmer of a conscience, but that doesn't save him.

At the centre, Elba and Madden make a terrific duo, as Elba's beefy machismo nicely contrasts with Madden's hunky braininess. Both smirk engagingly as they charge through each set-piece with abandon. And director James Watkins (The Woman in Black) orchestrates the action with plenty of visceral energy and a nice sense of realistic unpredictability. He also keeps everything on the move, which makes it difficult to see the plot holes until afterwards. Instead, we hang on for the ride, enjoying glimpses of complex motives and real-life consequences along the way. None of that is allowed to develop into something resonant, but at least it offers a hint of depth amid the superficial violence. And it adds a tongue-in-cheek tone to this bombastic story of Americans (all played by Brits) saving France yet again.

Watch the trailer for Bastille Day: