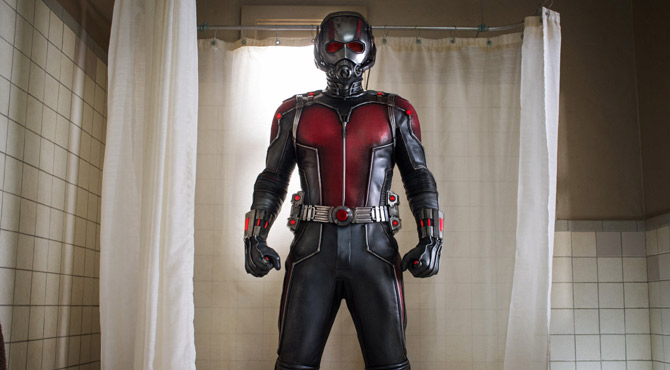 Much of this sense of anarchic fun clearly comes from Edgar Wright, who was originally slated to direct and who gets screenplay credit alongside Joe Cornish (Tintin), Adam McKay (Anchorman) and Rudd. This is a rare action movie that bothers to make the characters fully rounded people with their own internal lives. Rudd is somewhat restrained in the role, but is still utterly charming, and he generates sparky chemistry with Douglas and Lilly. Stoll is superb as guy who seems unable to see the bigger picture. And Pena has a series of hilariously rambling monologues, which are important to the plot, so listen carefully. Yes, despite the silly tone and thrilling rollercoaster plot, this summer blockbuster doesn't dumb itself down to the audience. This kind of fresh approach is exactly what Marvel has needed for awhile now.

Watch the trailer for Ant-Man here: