British filmmaker Andrea Arnold follows her acclaimed arthouse hits Fish Tank and Wuthering Heights with a road trip across the American West. It's stunningly photographed by Robbie Ryan with a vivid sense of light, skin and expansive landscapes. And it's acted with an offhanded honesty by its young cast. But there's no real plot to speak of, and as the film unfolds over nearly three hours, it becomes naggingly clear that there isn't much of a point. 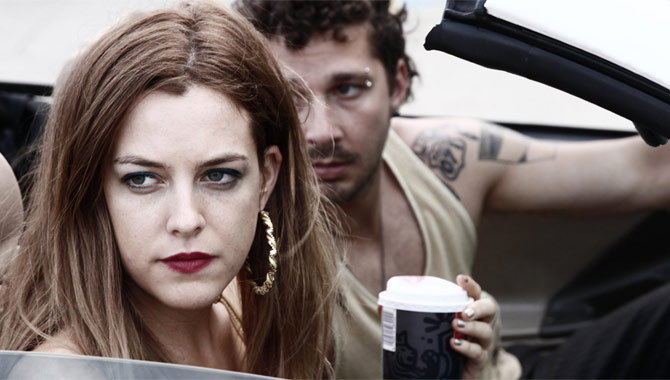 It centres on Star (Sasha Lane), an 18-year-old from Texas who is fed up with her miserable life caring for her younger siblings while her mother parties in local bars and her boyfriend acts like a caveman. So she runs off and joins the present-day equivalent of the circus: a travelling group of hard-partying teens selling magazines door-to-door. Their jaded leader Krystal (Riley Keough) doesn't care about the alcohol, sex and drugs as long as she's making money. And as Star settles in, she develops a crush on Jake (Shia LaBeouf), the guy training her on the job. As they move from town to town, Star has a series of small adventures that turn nasty, and could go much worse at any moment.

This potential danger is the only real tension in the film, although Star is oblivious to the fact that she continually puts herself in perilous situations. She learns nothing through all of these experiences, which is very frustrating for a movie audience to watch. This is a very simple young woman whose only dream is to get a trailer of her own and fill it with babies. Like all of these kids, she is living for the moment without any sense of responsibility or direction. This is a knowing comment on a generation raised in the longest recession in human history, but it leaves the movie feeling like it's spinning its wheels.

The cast is so raw that no one seems to be acting. Lane is magnetic, with a real sense of pointless longing for Jake. She's not stupid, but she continually makes thoughtless decisions, even though she also has an innate compassion. LaBeouf and Keough are solid as more thick-skinned characters. And the mob of lively teens keeps the audience smiling with their youthful hedonistic antics. So it's very frustrating that over such a long running time the film never goes anywhere. Scenes cut away without ending, plot threads appear and disappear, and there are gaps in logic. But the biggest problem is that there's no emotional progression to leave us with something to think about. All that we remember is the beautiful camerawork.

Watch the trailer for American Honey: Distributed by: Parts and Labor