Like an antidote to vacuous blockbusters, this intelligent, thoughtful drama packs more intensity into a quiet conversation than any number of death-defying stunts and explosions can muster. Not only does it offer some of the finest performances ever from treasured actors Charlotte Rampling and Tom Courtenay, but it also cements Andrew Haigh's reputation as an unusually perceptive writer-director after his surprise hit Weekend (2011) and his groundbreaking but misunderstood TV series Looking. 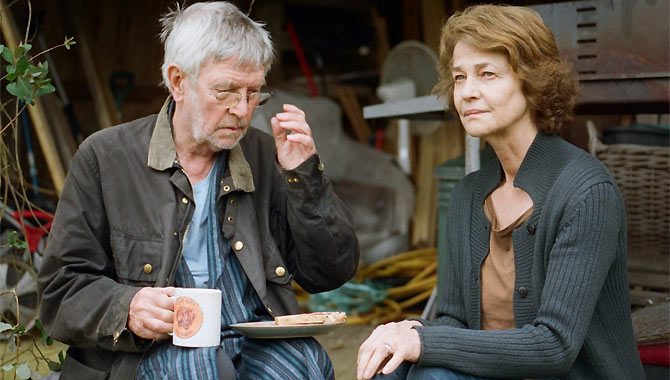 Rampling and Courtenay play Kate and Geoff, a childless couple living happily in rural England. A week before their 45th wedding anniversary party, Geoff is informed that the body of an old girlfriend has been discovered in a Swiss glacier more than 50 years after she accidentally fell to her death. Kate is startled that she never knew about Geoff's earlier love, and as she looks into his past she begins to suspect that maybe she was his consolation prize. Meanwhile, Geoff is also taken back to his earlier life, wondering about twists of fate and the choices he made. In other words, after a wonderful life together, Kate and Geoff are suddenly seeing fractures in the foundation of their marriage. And they're not sure what to do about it.

This is a movie that exists in silences, so audiences that prefer dramatic fireworks should probably look elsewhere. Rampling and Courtenay can pack more into a flickering glance than a long speech, so the thoroughly English way their characters approach this situation is utterly riveting. These are complex, fascinating people with full inner lives, still fiery and curious and open to what life has in store. And this new information forces them to redefine their world in ways they never expected. Haigh's sensitive, unflashy direction captures every telling detail perfectly, building subtle yet powerful suspense over the course of the week.

Every ripple of humour, passion and emotion is deeply felt, and the story's metaphors are never overplayed. This makes each conversation a minefield of revelations, simply because it brings out so much about the characters' resilience and fragility. For example, a scene digging through dusty boxes of memories in the attic carries an astonishing kick. It's a rare movie that dares to admit that life isn't easily defined, and that even after all these years we are still struggling to understand ourselves, to make sense of our experiences, to work out how someone we'd never even met can have such a powerful impact on us. And the truth is that these uncertainties are the things that make us feel alive.

Watch the trailer for 45 Years here: 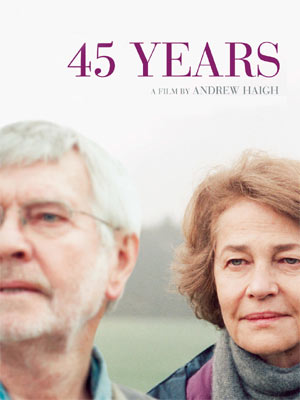