Even if the premise is tired, this grim thriller holds the attention by focussing on the raw intensity of the characters' personal lives. It's also grisly enough to work as a bone-dry black comedy about a hapless guy who will do whatever it takes to protect his loved ones. But just a little more complexity in the story and characters would have helped a lot. 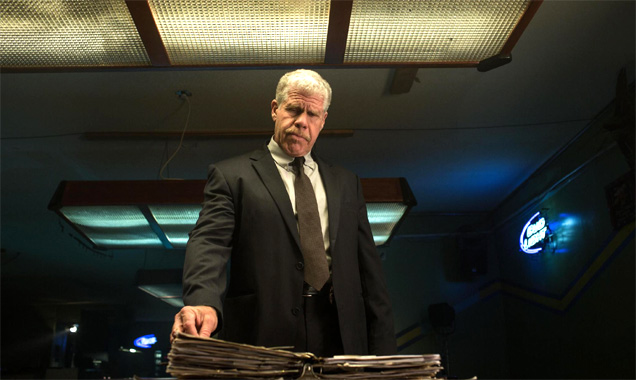 The film opens as nice guy Elliot (Mark Webber) is sacked from his New Orleans job at exactly the wrong time. Not only is he planning his wedding with his pregnant fiancee Shelby (Rutina Wesley), but he also helps support his retirement-age dad (Tom Bower) and mentally disabled brother (Graye). So when a stranger phones to offer him a place in a cash-bonanza game, he doesn't mind that the 13 tasks are increasingly deranged. It starts with killing a fly, but soon escalates to making a child cry, starting a fire in a church and desecrating a dead body. But if he wins, his worries will be over. Then he realises that he's not the only contestant.

Without a hint of subtlety in the script, we never have any questions about what is happening, what the moral implications are and where the story's going next. So there's no way to join in with Elliot's disorienting dilemma. Instead, there's nothing to do but sit back and watch. In another actor's hands, Elliot might have come across as an idiot who deserves whatever's coming, but Webber has a vulnerability that makes us care what happens, even as he does one stupid thing after another. His family seem eerily oblivious, but Ron Perlman adds some deadpan humour as a detective following Elliot's trail. And Pruitt Taylor Vince is on hand as his usual bug-eyed, shifty nerd who knows more than anyone else.

But what's actually happening is clearly not very important to filmmaker Daniel Stamm, who is more interested in each gruesome set-piece than in telling a story that will draw the audience in and scare the life out of them. There isn't much suspense at all, but the film still entertains with its crazed grisliness as well as some clever historical touches that hint at a massive conspiracy that has run the world for centuries. It may be utterly ridiculous, but the energetic pacing and hints of wry humour help make it rather fun as well.