In a scathing letter, Jauregui has criticised those who voted for Donald Trump.

Fifth Harmony singer Lauren Jauregui has come out as bisexual in an open letter to supporters of Donald Trump. 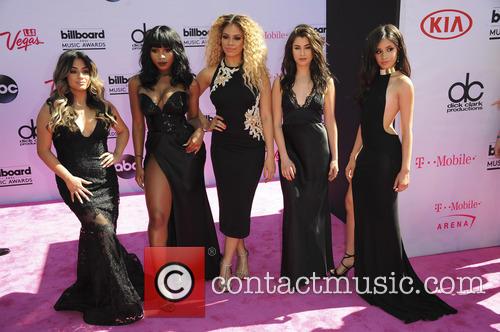 Lauren Jauregui has come out as bisexual

“To every single Trump supporter trying to say that voting for Trump does not mean that you are racist, homophobic, sexist, xenophobic, assholes,” Jauregui began the letter.

“Your words are worthless, because your actions have led to the single-handed destruction of all the progress we’ve made socially as a nation.

“You have, with your pure ignorance and refusal to understand the way the government and the world works, allowed a power-hungry business tycoon to take over the United States of America.”

“You voted for a person who built an 18-month campaign off the back of your hatred,” she continued.

“He manipulated ALL of you with such ease by speaking to the darker parts of you that had started to feel ashamed about the way you viewed the ‘politically correct’ world.”

The singer then told Trump voters that “your God is watching and He knows your hearts and He is aware of the true reason you chose such a human to run the most powerful country in the world, and I promise you the God that I have come to know and love is intolerant of judgment and hatred.”

“I am a bisexual Cuban-American woman and I am so proud of it,” she continued. “I was raised to feel that I can do ANYTHING, and I will always believe that.

“I am proud to feel the whole spectrum of my feelings and I will gladly take the label of ‘bitch’ and ‘problematic’ for speaking my mind the same way any man would be admired and respected for doing. But, I will also extend the fullest hand of compassion and empathy for anyone labelling me as such.”

Jauregui ended the letter by telling her opponents: “We are not "whining" about our presidential choice losing, we are screaming battle cries against those whose political and personal agendas threaten our lives and sanity. We are making sure you hear us, no matter how much it bothers you, we EXIST.”