Fifth Harmony were performing in Mexico when an over-zealous fan stormed the stage, grabbed Brooke and pulled her hair.

Fifth Harmony singer Ally Brooke has been attacked by a fan for the second time in the space of a week, after she had pleaded with the band’s more zealous devotees to be more careful.

The 23 year old singer and dancer was performing onstage with the girl-group in Mexico on Thursday evening (September 29th) when a crazed male fan stormed the stage and started pulling her around by the hair, which was caught by a fan video posted online soon afterwards. 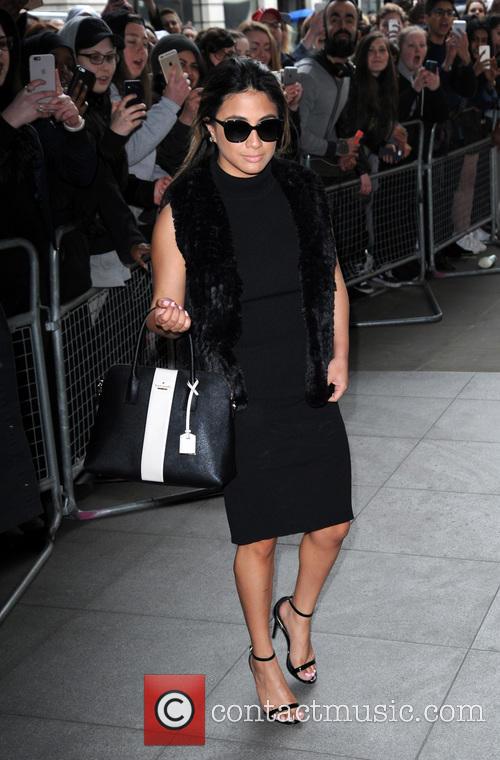 The incident lasted a matter of seconds before security guards pounced on the fan and dragged him from the stage, but the incident caused Brooke to fall to the floor in shock, and her bandmates were visibly shaken.

Dealing professionally with the incident, Brooke quickly jumped to her feet and carried on her performance, only appearing to be slightly distracted.

More: Fifth Harmony panned for being “tuneless” and “boring” on ‘Britain’s Got Talent’

Just two days before, she had taken to Twitter to urge Fifth Harmony fans to be more careful after a rather keen fan got rather too close to her at an airport and physically grabbed as the band was arriving in Mexico.

“Just to let you know, I am okay after the airport incident. Please be careful and gentle so nobody gets hurt. That was scary… Thank you!” she tweeted in a plea that was shared hundreds of times by fans.

The same incident also saw Brooke’s bandmate, Lauren Jauregui, burst into tears as the group was besieged by fans as they tried to get into a waiting car.

Consisting of Brooke, Jauregui and bandmates Dinah Jane, Camila Cabello and Normani Kordei, Fifth Harmony have enjoyed massive success after they formed in 2012 and competed on ‘The X Factor USA’.