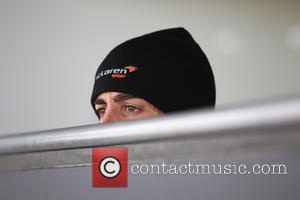 Formula One race ace Fernando Alonso woke up in hospital believing it was 1995 after his crash in Spain last month (22Feb15).

The MCLaren driver was testing his car at the Circuit de Barcelona-Catalunya when he lost control of the high-powered vehicle and crashed into a wall.

Sources tell El Pais newspaper that Alonso, who will miss this month's (15Mar15) Australian Grand Prix in Melbourne, thought he was a teenager chasing his Formula One dream when he was asked who he was by doctors, and had no recollection of his two world titles.

Asked for details about his life in the hospital, the driver reportedly told medics, "I'm Fernando, I drive go karts and I want to be a Formula One driver."

Alonso has since made a full recovery and admits it will be difficult sitting out of a Grand Prix: "It will be tough not to be in Australia, but I understand the recommendations."

He will be replaced by reserve MCLaren driver Kevin Magnussen.