Fergie: 'Son Axl Jack's Name Came To Me In A Dream' 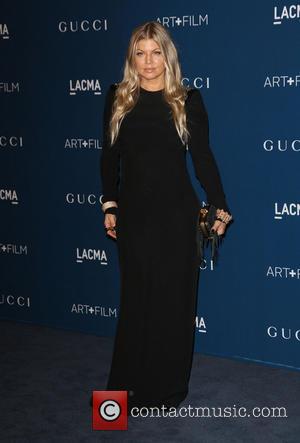 New mother Fergie decided to name her son after rocker Axl Rose after feeling her unborn baby kick for the first time as she dreamed about attending a concert by the GUNS N' ROSES star.

The Black Eyed Peas hitmaker reveals she was woken up by her son's powerful thrust and she knew in that moment that she wanted to give her first child with husband Josh Duhamel the unique moniker.

During a pre-taped interview with U.S. talk show host Ellen DeGeneres, which airs on Wednesday afternoon (20Nov13), she explains, "I had this dream, and I was in the audience at the festival. It was outdoors and it was all grimy and nobody knew who I was. On stage singing was Jim Morrison and then came Bob Marley and then Axl Rose. I was in heaven in this dream, and I'm dancing and just getting into the music.

The couple settled on Axl Jack, the latter a tribute to Fergie's late uncle, when the tot was born in August (13) and she admits, "(The name) just had this ring to it. It was very strong."