By Chantelle Pattemore in Music Reviews on 02 April 2017

With their self-titled debut back in 2010, Fenech Soler's lively, synth-driven indie pop sound certainly made an impression: pulsating beats, catchy hooks and sing-a-long lyrics made it difficult not to be captivated by their sound. But it's now seven years later and the band are two founding members down - so have they managed to retain their original appeal?

Opening track "Kaleidoscope" starts off at a moderate pace, but the punchier beats of the chorus help liven up proceedings and make it more engaging. This song sets the tone, with the successive "On Top" and "Conversation" following a similar pattern - softer verses and a reliance on stirring choruses with catchy, toe-tapping rhythms to help retain the listener's attention. However, "Zilla I" takes an entirely different turn, comprising a slow and subdued piano-based interlude that's punctuated with other low-key instruments (hello, glockenspiel). It's pleasant enough, but is such a contrast to the band's usual sound and style that you're left wondering what the thinking behind this track was and why they decided to include it on the record.

Alternately, "Night Time TV" offers a consistently buoyant pace and the album definitely benefits from this pick-me-up. Fewer vocals of more repetitive lyrics and an extended instrumental also create a more dance-based feel that makes you want to get up and move. Meanwhile, the frenzied synths that peak at the start of "Grace" before falling off and gradually rebuilding into a wonderfully chaotic plethora of layered electro threads make for a wholly engaging listen. Somewhat unfortunately, this buzz is lost as quickly as it appeared, with the following song "Cold Light" being one of the slower and more forgettable on this 12-long tracklist.

Leeds Festival has been a not-to-miss date in our calendar for years. Over the past few years the UK has seen many boutique and independent festivals pop up and more people appear to be getting their festival fixes from these smaller events, but they're never going to be able to provide what Leeds Festival does so well. Consistency! Sometimes it is a case of 'you get what you pay for' and Leeds is a perfect example of that. Sure, Leeds perhaps isn't for the more mature gig attendee, but it never has been. It's a weekend of fun and partying that sees thousands of music fans partake in the festivities.

Since its inception organiser Melvin Benn and the team at Festival Republic have known exactly who their audience is and catered for them, Leeds & Reading festivals now run as a well-oiled three day event that means everyone who's bought a ticket will have a great time. Even the toilets in the main arena are kept to a good level of cleanliness, far higher than most of our experiences at smaller festivals!

Set in one of the most ideal festival grounds in the UK, Bramham Park, the festival has a well laid out site plan and features plenty of bars and activities outside of the main arena to keep people occupied all through the day and night.

By Hannah Spencer in Music Reviews on 04 January 2011

The third single from their eponymous September-released debut album, 'Demons' is another fine example of the Fenech-Soler blend; infectious synth-ridden dance-pop following swiftly in the footsteps of the likes of Friendly Fires, Calvin Harris, Frankmusik and so on. Sure to be Radio 1 play-listed like the two singles that preceded it, 'Demons' is another catchy chorused number with pounding dance beats and an especially prominent bass which underpin multiple layers of synths and infectious 'ooh' backing vocals throughout.

Though most of them only vary slightly from the others, the nine remixes circulated alongside the original mix of 'Demons' make the Northamptonshire based four-piece's track suitable for many club DJ's alongside their radio-friendly, synth-pop original. The Yuksek Vocal Remix is a more euphoric mix with big trance synths and an even more prominent pound and clap beat, while the Sigma Remix is ridden with strong dirty synth bass giving a fuzzy dub feel. 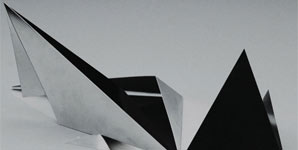 By Andrew Lockwood in Music Reviews on 23 September 2010

From the banks of a brook betwixt sand stone cottages on the outskirts of Rockingham Forest, somewhere between Corby and Peterborough, is an unlikely setting for a hotbed of potent pop talent. Kings Cliffe in Northamptonshire is more likely to be frequented by farmers and market goers, and until recently, probably had less electronic musical equipment per head of population than most of the developed world. Little matter. The four members that make up Fenech-Soler are well on their way to putting their hometown on the map for far different reasons than it has been used to over the last 800 years or so.

Since they were created 4 years ago the band have been receiving ever more public attention and critical acclaim for their blend of pulsating electro-pop. Ross, Ben, Daniel and Andrew may hail from the Midlands but their hearts and minds are more suited to New York dance floors or the LED festival. With a best New Band Of The Day, Radio 1 Weekend Anthem and Greg James Record Of The Week already in the bag, pre-album release, the Fenech-Soler star is definitely in the ascension. Working with Groove Armada and, earlier this year, Marina & the Diamonds, for the bands remix of Hollywood, has also served to broaden the bands credibility and exposure. 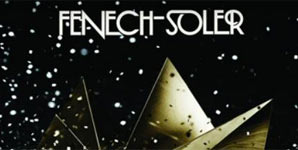 By Nima Baniamer in Music Reviews on 07 September 2010

Formed in 2006, it's taken a while for Fenech-Soler to get noticed by the public eye. Their previous single Stop and Stare reached the Top 10 in the Dance and Indie singles charts, and this follow-up single 'Lies' is a great insight of what we can expect from their debut album, set to be released at the end of month. 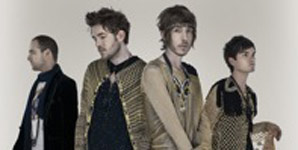