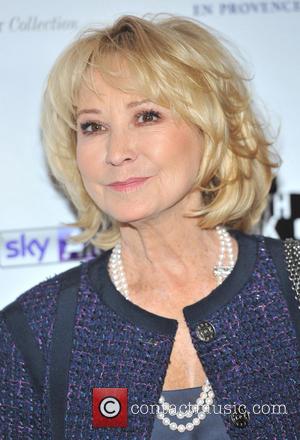 The pair became close while playing a married couple in hit U.K. Tv show The Good Life during the 1970s, but gradually drifted apart when the sitcom went off the air.

Kendal admits she only found out about Briers' ill health just days before he lost his battle with chronic lung condition emphysema, aged 79.

In a touching column for Britain's Daily Telegraph, she writes, "I try not to do regrets - I think they're such a waste of time - but I now have one. Not having kept in closer touch recently with Richard Briers, or DICkie as I used to call him, is a real sadness to me now that he has gone. I was about to go abroad and determined to contact DICkie and his family on my return. It was not to be, as he died before I got back.

"That is my regret to deal with, but nothing compared to the sorrow of his very close family, whom he adored. This lovely man was one of the funniest I have ever met, and I loved him dearly.

"At the time we worked together on The Good Life, he was also supportive of my complex and traumatic personal life. I had a failing marriage and an ill-husband. But Richard cheered me on and made it possible to forget my troubles at rehearsal and filming, and to plunge into the world of work. He was a real rock."

Kendal has called on chiefs at the Bbc to create a tribute to her former co-star, adding, "DICkie was a consummate actor on stage and film, even though he was best known for his many, many television series. I think the Bbc owe him a statue!

"I am sure he would have been proud of his family and friends at his funeral. The standing ovation he got as his coffin was carried out of the church was splendid. There is nothing an actor loves more than applause! Darling, DICkie, thank you for more than I can put down here. Bravo, sweet, darling, funny man."