Felicity Jones has landed the role of a lifetime. 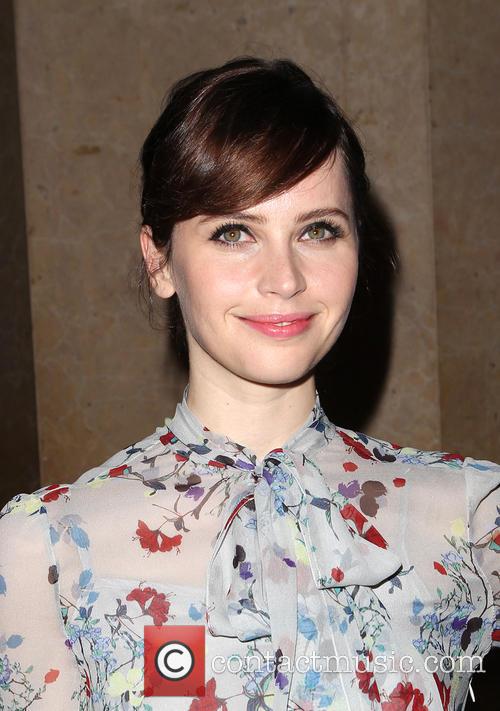 Edwards' (Godzilla) is directing the 3-D feature, while Chris Weitz is penning the script after replacing Gary Whitta, who wrote the original version. Plot details are currently unknown and Jones plays no part in J.J Abrams' upcoming Star Wars: The Force Awakens. Still, the movie will go into production in the near future, with Disney outlining December 16, 2016 for release, according to the Hollywood Reporter.

It is one of two Star Wars spin-offs confirmed, with Chronicle director Josh Trank developing a separate picture. It's unclear how both spinoffs will link up with Force Awakens, though speculation suggests Edwards' and Trank's films will focus on the early days of Princess Leia and Han Solo respectively. Carrie Fisher is known to be reprising her role as the Princess in the upcoming movie, though Jones clearly has all the attributes to portray her in a prequel.

Disney acquired the Star Wars franchise with its purchase of Lucasfilm for $4 billion in 2012. CEO Bob Iger has got the ball rolling on a string of Star Wars movies, as well as themed attractions across the globe. Still, it all begins with The Force Awakens on December 18.

"I can assure the millions of 'Star Wars' fans who have spent the last decade hoping for a new movie, this one will be worth the wait," Iger told investors, recently "And it's only the beginning of a new era of exceptional 'Star Wars' storytelling."