Feist has finally returned with her fifth studio album 'Pleasure' coming later this Spring, and she has just unveiled the irresistable guitar-led title track. The four-time Grammy Award nominated singer also has a handful of live appearances coming up in her home nation of Canada.

Feist is back with a brand new album

The 11-track album is her first record in six years. Recorded at studios in New York and Paris over a period of three months, Feist worked with producers Renaud Letang and Mocky, with whom she also worked on her previous albums 'Metals', 'The Reminder' and 'Let It Die'.

The song's unique string arrangements and Leslie Feist's charismatic and ethereal vocals remind us what we've been missing for half a dozen years. There's a haunting minimalism to the track, undercut with a bluesy edge, infectious harmonies and ending with a scuzzy punk outro. All who pre-order the new album will receive an instant download of the song.

'Pleasure' is the follow-up to her 2011 release 'Metals', which won Feist the Polaris Prize in 2012, reached number 2 in Canada and the top 10 in the US. It featured the single 'How Come You Never Go There'. The singer - who is a member of the Canadian group Broken Social Scene - is best known for her 2007 hit single '1234' from third album 'The Reminder'. Since 2005, she has receive 11 Juno Awards including one for the 2010 DVD 'Look at What the Light Did Now'.

Since the release of 'Metals', Feist has appeared on the 2012 'The Twilight Saga: Breaking Dawn - Part 2' soundtrack with the song 'Fire in the Water', with Timber Timbre on the compilation albums 'Arts & Crafts: X' and 'I'll Scratch Yours', and with Peaches on the song 'I Mean Something' for her 2015 album 'Rub'.

Feist will be performing at Fort York for Field Trip Festival in Toronto on June 3rd as a member of Broken Social Scene, before hitting up the Saskatchewan Jazz Festival on June 30th and the Winnipeg Folk Festival on July 8th alongside City And Colour and The Shins.

'Pleasure' is set to be released on April 28th 2017 through Polydor Records. 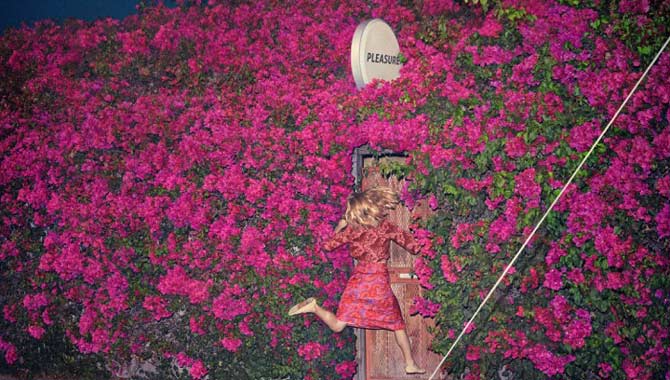 'Pleasure' is set to be released this Spring