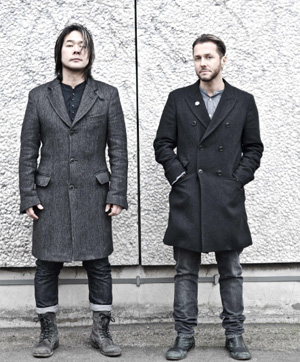 A rousing call to arms, 'Children Of The Sun' harks back to Feeder's most emotive and melodic moments. The single is a powerful reminder that despite making a name for themselves with high-energy rock nuggets, Feeder are equally skilled at crafting poignant, slow-burning anthems.

With its lyrical escapism and stirring chorus, 'Children of the Sun' sits perfectly alongside Feeder classics like 'Just The Way I'm Feeling', 'Comfort in Sound' and 'Feeling A Moment'.

Having amassed an impressive 25 hit singles, over 5 million record sales and a double platinum singles collection, their success shows no signs of slowing down, with praise already amassing for their forthcoming eighth album 'Generation Freakshow' and recent sell-out live performances. Combining the heavier sound of side project album 'Renegades' with the melodic hooks and anthems synonymous with their back catalogue, 'Generation Freakshow' is classic, reinvigorated Feeder.

Having already wowed audiences in January and February with a sell out tour, Feeder will be giving fans the chance to sample songs from 'Generation Freakshow' on four intimate dates, beginning on April 23rd at The Leadmill, Sheffield.