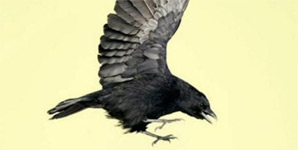 Returning with their first album of new material in three years, Feeder's history is so well documented that it need not be regurgitated here. They embark on an intimate tour at the end of the month ahead of this release, before blitzing the festival circuit with notable appearances at Leeds/Reading and T In The Park.

Somewhat criticised for the softer melodic approach of their last two records, it's pleasing to say that if only one word was used to describe "Silent Cry", it would be 'grand'. That's not to say they've ditched the melodies, but they're now backed up by heavier soundscapes more akin to the early work of the group. First single and opening track "We Are The People" is a perfect example, building up to an intense crescendo while guitars flex between shimmering and shattering. "Fires" is from of similar mould, hinting at a band firmly aiming at stadium rock, while the tellingly-titled "Heads Held High" is a dynamic number that sees Grant Nicholas in a positive and uplifting mood.

Aided by an epic string section, the title track "Silent Cry" is emotive and of dark tone, before developing into a rampant beast by the second chorus. Adding some variation is the punky "Miss You", which features a catchy hectic riff, and the garage rock of "Into The Blue" and "Tracing Lines". The latter of this pair begins as if it's a Strokes' track, before unleashing an energetic indie-rock chorus, and features a tidy guitar solo. A couple of offerings miss the mark (particularly "Sonorous", which lacks cohesion), but generally speaking, Feeder have returned with an album which sees them rejuvenated. Though unlikely to send shockwaves through the music world, there is now a sense of focus and optimism in their work that shines through the majority of these 13 songs.