The Gleneagles Hotel in Torquay, whose owners Donald and Beatrice Sinclair inspired John Cleese to write 'FAWLTY TOWERS' in the 1970s, is to be demolished. 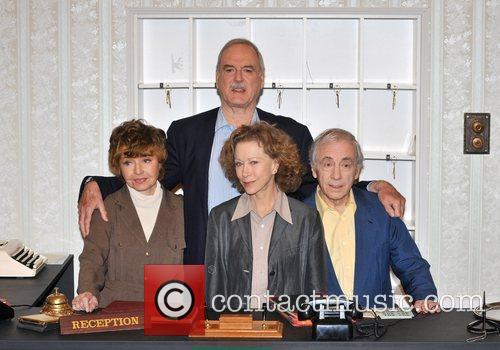 While the rest of the Python team promptly looked for another hotel, Cleese was reportedly amazed at the situation and decided to stay on, and used Sinclair and his clearly long-suffering wife Beatrice as the templates for Basil and Sybil Fawlty for his own series, which aired on the BBC four years later in 1975.

Cleese once described Donald Sinclair, who died in 1981 and caused the hotel to change hands, as “the most wonderfully rude man I have ever met”. His wife, Beatrice, passed away in 2010 at the age of 95.

The 41-bedroom hotel was sold to new owners and remained popular with fans of the show, with many people travelling from all over the world in order to either stay there or take photographs outside. It was at one point renovated in 2006, with the then-owners embracing the ‘Fawlty Towers’ and inviting the one of the show’s stars, Prunella Scales (who played Sybil Fawlty), as a guest of honour.

It finally closed for good in 2015, and was sold to Churchill Retirement Living, a property developer that has been granted permission to build 32 retirement homes on the site. The description of the new project does not mention the cultural significance of the area at all, and bulldozers moved in to begin demolition on the site on Thursday (March 17th).

Residents of Torquay are sad about the destruction of such a local landmark. Ray Johnson, from nearby Paignton, said: “I’m a huge fan of ‘Fawlty Towers’ and am really sad to see the old Gleneagles building go. My wife and I would often visit the hotel to meet up with friends for coffee. We used to enjoy looking at the ‘Fawlty Towers’ memorabilia in the reception area. It’s another piece of local history that will soon be gone forever.”