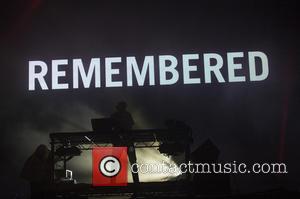 British Dj Fatboy Slim is to run a half marathon to raise money for an epilepsy charity.

The disc-spinner, real name Norman Cook, will enter the Royal Parks Half Marathon on Sunday (06Oct13) in aid of Young Epilepsy, a charity devoted to improving the life of victims of the neurological disorder.

Cook and the Young Epilepsy team hope to raise more than $9,000 (£6,000) for the charity. They will join more than 12,000 runners on the 13.1-mile (21-kilometre) course which runs through London's Hyde Park, Kensington Gardens, St James's Park and Green Park.

He said, "I'm really looking forward to getting out there and running again... Epilepsy is one of those conditions that is widely misunderstood and not often talked about... That's why I decided to run for Young Epilepsy and help to raise awareness of the condition."