DJ and record producer Fatboy Slim is a huge fan of dubstep musician and DJ Skrillex. 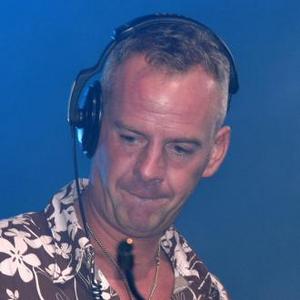 The DJ and record producer - one of the biggest UK stars of the 90s, famed for popularizing the Big Beat genre - loves the controversial producer, even though he doesn't like the dubstep music he plays.

He exclusively told BANG Showbiz: ''Skrillex I am a big fan of, I don't actually like dubstep, and I didn't know I could dance to dubstep until I played with Skrillex. He is a proper DJ's DJ. Other DJs love watching him.

''He's pushing buttons, but he's pushing lots of buttons and all at the same time. I'm a big fan, I just hope that, because he is so prodigiously talented, he can see further than dubstep. Because the good ship dubstep will start floundering soon, and I hope he knows when to stop, just like I knew when to get off the good ship Big Beat.''

Speaking at the Silver Clef awards in London, he added: ''I think it's increasingly easy with technology to just press buttons, but it's still knowing which buttons to press at the right time. I personally still like to DJ with CDJs. DJing has always been more about playing the right tune at the right moment rather than whether or not you or a computer has mixed it.''