This Brooklyn based four piece Fast Years will release their debut EP 'Women' on at the end of June 2012 along with their upbeat first single 'Young Heart' which is available online for free download.

The music video, directed by Luke Riffle (930 Films), has the simple indie stamp of pure performance in a distinctly unglamorous setting with a poor video quality effect and the added humour of a not so enthusiastic female watching them. The track itself has an apparent 80s influence particularly in the way of vocal sound. The band's genre is fairly indefinite as they mix post-punk with surf rock and add a hint of indie styling.

Although only recently emerging into the public eye, they have already received support from NME, Nylon, Q Radio and Amazing Radio. According to NME, 'there's sufficient bark to their garage stomp to merit a listen.'

Fast Years, who are Liam (vocalist/ guitarist), Micah (guitarist/ vocalist), Bill (bassist) and Chris (drummer), first met on the Bushwick music scene and played their first gig at Cameo @ Loving Cup Caf' in Williamsburg earlier this year. They have already appeared at their first festival, Northside, on Sunday (17th June 2012) and are to perform at Brooklyn's Union Hall on the 27th June. 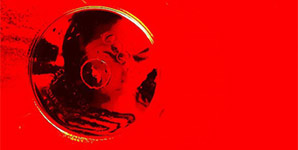