Hanin adopts magical powers in the fantastical accompanying video as she attempts to connect with a feral woodland dweller by offering a freshly conjured dessert for which he is less than grateful. While spending time with her pixie friends, she repeatedly sees the Thing watching her, but hides whenever she approaches. The track is definitely a stand-out number on the album with celestial tones providing, melodic guitars and upbeat, infectious pop vocals.

Fantome, also featuring guitarist Marcel Zuercher, may be a far cry from the likes of Hanin's previous heavy industrial band venture, but it still makes for a worthy new project. 'Love' is one of the Fantome tracks to be remixed by French producer Electrosexual. 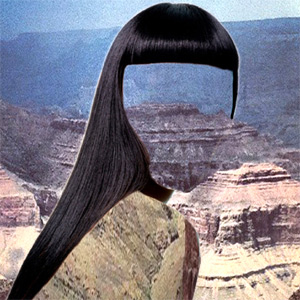