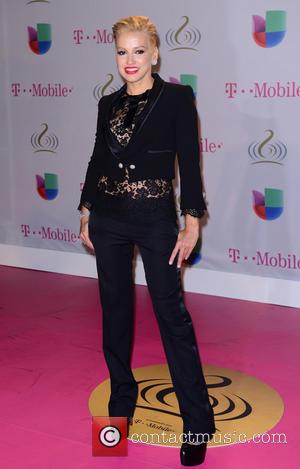 The singer recently joined forces with her fellow countryman to record a revamped version of his classic hit La Tierra del Olvido (The Land of Oblivion), and the experience inspired her to get back in the studio to work on solo material.

She turned to Vives for help and the resulting song, El Perfume (The Perfume), has since been selected as Lu's comeback single.

She says, "Colombia is my country, my heart and my inspiration, and this new single and album reflect that."

The track, co-written and produced by Vives, will feature on her upcoming fourth studio album, the follow up to 2011's Felicidad y Perpetua.