Poll: What Do We Think Of The Simpsons/Family Guy Teaser Trailer?

The Simpsons Family Guy crossover has a new trailer - what do you think?

Homer and Peter Griffin, Bart and Stewie, Marge and Lois, Lisa and Meg, Santa’s Little Helper and Brian; Simpsons and Family Guy fans alike have been pondering a universe in which these infamous animated character meet each other for years.

Lucky, then, that The Griffins travel to Springfield and meet up with their opposite animated numbers. Get ready for a blast of self-referential comedy, industry banging and lively debate.

Continue reading: Poll: What Do We Think Of The Simpsons/Family Guy Teaser Trailer?

The late night comedies might disappear... for a bit

Popular American cartoons Family Guy and American Dad are both set to disappear from British television sets as BBC3 away from televisions and onto the Internet exclusively. What’s more, licensing and rights issues prevent The BBC from offering these shows on the iPlayer.

Stewie isn't delighted with the BBC's decision (still from S12E06)

Basically, you won’t be able to watch Family Guy and American dad late at night any more – on your TV anyway. "We will be speaking to all our suppliers, following last week's announcement," a BBC spokesperson said. "However, at the moment due to rights issues, we are unable to make Family Guy or American Dad available on BBC iPlayer."

Why Was Family Guy's Brian Griffin Brought Back From The Dead? [Video]

The show makers mess with our emotions by bringing the deceased Brian Griffin back to life.

If you haven't already heard, Family Guy's Brian Griffin was killed off but if you're even hotter on the ins and outs of entertainment news, or just live in the US where episodes are shown first, you'll know that Brian has been brought back.

What Was The Real Motivation behind Killing Brian Off?

Indeed, in the blink of an eye - well, less than a month after Brian was shown dying after being hit by a car, the makers of Family Guy have brought the Griffin family's beloved pet dog back into the plot. Though Brian's death was made out to be irreversible seeing as Stewie's time machine was supposed to be destroyed, all is not so.

Continue reading: Why Was Family Guy's Brian Griffin Brought Back From The Dead? [Video]

Seth Macfarlane has opened up about the recent publicity that his cartoon comedy show Family Guy has attracted after deciding to kill off main character, Brian Griffin. The Griffin family's pet dog was shown to die after a car crash, before being quickly replaced by straight-talking tough dog, Vinnie, voiced by The Sopranos' Tony Sirico.

We Were Told That Stewie Had Destroyed His Time Machine So Couldn't Save Brian.

Fans reacted with sorrow and outrage to the cull of the character who is arguably Family Guy's most memorable. A petition was quickly launched demanding that Brian be brought back and fans waited with baited breath to see what the show's next move would be.

Seems like the makers of 'Family Guy' took those petitions onboard.

Family Guy fans looks set to be confused once again after news has surfaced that Brian Griffin, the Family Guy character killed off in a recent episode of Family Guy, could be set to return for good. Brian the dog's death didn't go down particularly well when the episode, 'The Life of Brian,' was aired, with fans quickly creating petitions to have the loveable pooch brought back.

Well, Is He Or Isn't He? 'Family Guy' Messes Fans Around?

It seems that makers of the show have taken heed of the uproarious reaction after Brian was shown getting hit by a car, dying on the operating table, then being buried to by the grief-stricken Griffins. To rub salt in the wound, the family were seen in the same episode going to a dog's home to pick up a new pet, Vinny, voiced by The Sopranos' Tony Sirico.

So, Family Guy's Brian Will Be Resurrected On December 15th, Right?

Brian's dead, but will he be resurrected on Family Guy's December 15 episode?

Ok so Brian the dog is dead and Family Guy fans are angry, but the aficionadas are holding out hope for the pooch's safe return to action. It's still one of the most popular shows around, but Seth Macfarlane and everyone involved knew that it needed a kick up the backside.

A nice big fat slice of publicity. If Brian's death turns out to be permanent, than fine, the show has been in the news all week and it's generated plenty of interest, but the clues suggest the writers might be looking to keep viewers hooked for a couple of weeks, before the big reveal.

Continue reading: So, Family Guy's Brian Will Be Resurrected On December 15th, Right?

[Spoilers] Fans have rallied in anger at the decision to kill of a Family Guy main character.

When popular cartoon Family Guy decided to kill off one of the show's core cast - namely loveable family dog Brian Griffin - the producers could not have anticipated the controversy that would be stirred up. Turns out that after nearly 15 years of Family Guy, fans feel like they have some kind of ownership of the show and have put their foot down this time.

In an episode aired over the weekend, beloved pooch and writer Brian (voiced by Seth Macfarlane) was brutally taken from the show after being hit by a car. He died under the family's watch on an operating table when doctors just couldn't save him. However, in typical Family Guy blunt style, no sooner than Brian had died than he'd been replaced with a straight-talking, tough dog Vinny, voiced by The Sopranos Tony Sirico.

Family Guy writer threw their fans a curveball on Sunday, 24 November, night by killing off one of the show's main characters, ending their eleven season run in the hit FOX animation for good. As fans react angrily online, the show's executive producers have since come forward in order to explain the character's axing and ask fans to see this as the start of something new, rather than the end of an era.

No more wacky adventures for these two

[Spoilers] Titled 'Life of Brian,' the latest episode of the current season began with Stewie destroying his time machine after too many near-misses tht could alter the space-time continuum, immediately ending any chance he might have of saving the beloved family dog Brian. Within the first few minutes of the episode, Brian was dead, run over by a car, and by the end of the episode the Griffin family had already adopted a new pet, so there was little chance to grieve. So maybe this is why fans are so aggravated.

Fox television has pulled an episode of Seth Macfarlane's animated series 'Family Guy' from television and internet sites after several unrelated clips were spliced together to depict a bombing at the Boston Marathon. Creator MacFarlane slammed the mash-up as "abhorrent," after it came just a day after two bombs killed three people and wounded 176 at the finish line of the annual marathon.

A Fox spokeswoman said the network had pulled the recent 'Turban Cowboy' episode of Family Guy from being rebroadcast, and that network officials were working to take down YouTube videos. The clips are taken from an episode in which character Peter Griffin drunkenly drives over runners in order to win the Boston Marathon, though the makers of the video took advantage of an unconnected storyline in which Peter unknowingly becomes friends with an extremist who gives him a cell-phone which detonates a bomb. "The edited Family Guy clip currently circulating is abhorrent. The event was a crime and a tragedy, and my thoughts are with the victims," MacFarlane, who recently hosted the Oscars, wrote on Twitter.

Television networks in the US frequently review material that might be considered sensitive after national tragedies such as the marathon bombings. Similar reviews were conducted following the Newton, Connecticut school shootings and Superstorm Sandy in 2012. In the UK, Film4 has dropped the movie Four Lions from its schedule next week. Chris Morris' comedy is about a group of British Muslims planning a bomb attack at the London marathon.

Fox has made the decision not to air upcoming episodes of Family Guy and American Dad in light of the yesterday’s (14th December) school shooting in Connecticut.

The episodes, titled 'Jesus, Mary and Joseph' and 'Mistrel Krampus,' reportedly feature sensitive content, which might trigger negative reactions in viewers. Exactly what that content may be is unknown, however both shows have a history of treating topics like violence, sexual assault and substance abuse less than delicately, so this is probably a wise decision on Fox’s part. The network has also cancelled this week’s episode of The Cleveland Show.

Despite these being three of the network’s most popular shows, it looks like Seth McFarlane’s writing is proving too harsh in this delicate time for the American nation. Besides a period of mourning for the entire nation, Friday’s shooting has also sparked a re-boot of the heated gun control debate and, as the shows are known for their frequent, less-than-sensitive political commentary, this may have been another reason for the cancellations. 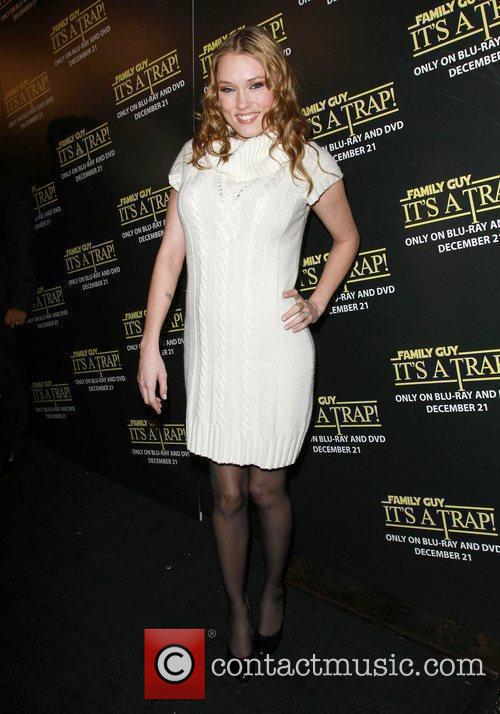 So, Family Guy's Brian Will Be Resurrected on December 15th, Right?

Family Guy Is Heading To Springfield