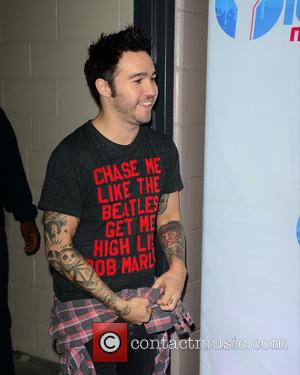 The bassist uploaded a photo of himself and girlfriend Meagan Camper kissing on his Instagram.com page on Monday (17Feb14), and then posted a tweet revealing the happy news.

The child will be the rocker's second - he first became a father when he was married to Ashlee Simpson in 2008. Bronx Mowgli Wentz is now five years old.

Simpson and Wentz split in 2011 and he went on to date model Camper later that year.