Fall Out Boy must be the first musical act to ever apologize for their music being played. The American rock group have said sorry to their fans after ESPN constantly played one of their songs while broadcasting the College Football Playoffs. 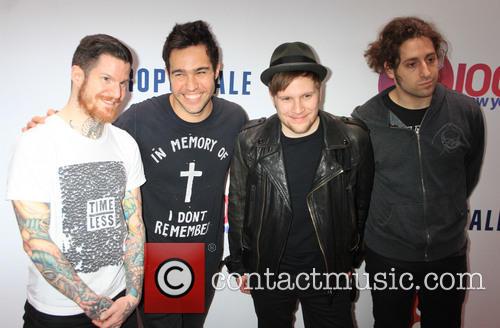 Fall Out Boy's track 'Centuries' was heavily played on ESPN

The sports channel frequently played Fall Out Boy's track 'Centuries' throughout the commercials for the playoffs, and it wasn't too long before a backlash started on Twitter.

However, the band's fans weren't the only ones who became irritated by the song being overplayed, their bassist Pete Wentz even admitted he couldn't watch the playoffs because his own music is featured so heavily.

"I watched it a little bit. It's a little bit crazy to watch with your song in it so much," he told Fox Sports. "People are always like: 'Hey it's starting to get annoying!'"

When Wentz was asked if he'd like to apologize, the 35-year-old musician said, "We realize that it was to the point where it was getting under people's skin. We didn't really know that's how it was going to be, because obviously this was the first college playoffs and stuff."

"But, at the same time, there's was a lot of people who probably wouldn't have heard of our band who have heard of it," he continued. "Hopefully we didn't annoy you too badly!"

'Centuries,' which was release September 9th, 2014, is the lead single from their sixth studio album, 'American Beauty/American Psycho.' The song reached No.10 on the Billboard Hot 100.

In one final message to their fans, Wentz added, "Hopefully we didn't annoy you too badly!"