Fall Out Boy Not Split 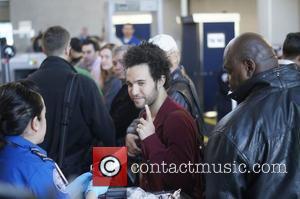 Fall Out Boy frontman Patrick Stump has cleared up confusion over the band's status, insisting the group has not split for good.
The Dance, Dance hitmakers embarked on a hiatus last year (10) and bassist Pete Wentz later hinted the separation had become permanent, writing in a post on his Twitter page, "A hiatus is forever until you get lonely or old. I don't plan on either."
The rockers all took on other projects, with Wentz forming a new band the Black Cards and Stump launching a solo career, but the singer is adamant Fall Out Boy has not split - they are just on a break.
He tells U.S. radio programme The Gunz Show, "Fall Out Boy never broke up. That never happened. We really need a sarcasm font on the internet. We never had that conversation. A lot of kids would come up to me and say 'It really sucks you guys broke up'. I'm like, 'Man, unless you know something I don't...'
"We just went on (a) break, you know, whatever. I just wanted to clear that up."