Fall Out Boy were ''inspired'' by Daft Punk's 2006 'Electroma' for the music videos to their comeback album 'Save Rock and Roll', in which each single links to the next. 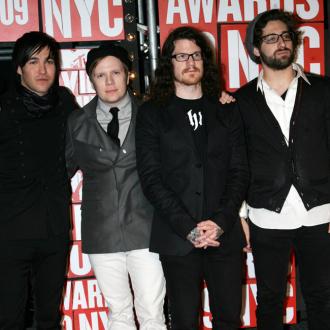 Fall Out Boy were ''inspired'' by Daft Punk for their new music videos.

The 'My Songs Know What You Did in the Dark (Light Em Up)' rockers found themselves drawn to the French electronic duo's 2006 film 'Electroma' - which follows two characters who appear as their robotic form on a quest to become human - and decided to re-create the idea for their upcoming album 'Save Rock and Roll' to signify their own journey.

Bassist Pete Wentz told MTV News: ''In some ways, we were inspired by Daft Punk's ['Electroma' film], not literally inspired by it, but more the idea of the deceit within each of us that we have to uncover in the search for who we truly are.

''There will be a video for every song on the album ... they'll be able to be watched back-to-back and it will make sense if one has the stomach to sit through 11 FOB music videos in a row.''

He added: ''We know how the story ends and we have rough idea of what happens in between. Some of it will probably be made up, [we'll add] some wild animals and stuff getting lit on fire - you know, a basic guide to curing teenage suburban boredom.''