The two bands have been announced as the final heading acts for this year’s festivals.

Biffy Clyro And Fall Out Boy have been announced as the final headliners for this year’s Reading & Leeds Festival. The two American bands join Foals, Disclosure and Red Hot Chili Peppers who are also topping the bill over the August bank holiday. 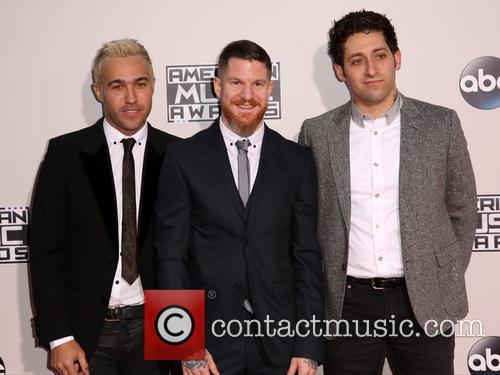 Fall Out Boy have been announced as headliners for this year’s Reading and Leeds festival.

The two bands will play on the same days as The 1975, The Vaccines and rapper A$AP Rocky. Also just added to this year’s bill are HAIM, Travi$ Scott, Jack Garratt, The Wombats, Chvrches and Lower Than Atlantis.

Biffy Clyro, who last headlined the festival in 2013, said: “We're baaaaack!! We are honoured to be asked to close Reading and Leeds this summer. We had one of the best nights of our lives last time and we're going to do all we can to make it even bigger and better in 2016. You ain't seen nothing yet motherf***ers!!”

"It’s pretty surreal to hear we are going to be co-headlining Reading and Leeds," Fall Out Boy added. "R&L was our first real festival experience outside of the U.S. and since the start we have buckled in and had an insane and memorable experience every time we have played. This is it, the big one for us and we are excited to be a part of it.”

The annual festival takes place over the August bank holiday from the 26th to 28th. Last year the bill was topped by Metallica, Mumford & Sons and a newly reunited Libertines.