F. Gary Gray Has Emerged As The Front-runner To Direct The Eighth Fast And Furious Movie. 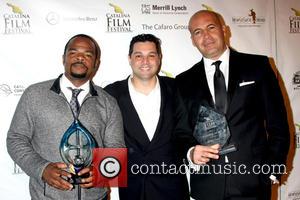 Action man Vin Diesel took to Facebook.com recently to update fans on his search for a director to take the wheel of the blockbuster franchise and, in his post, the 48 year old urged original director Rob Cohen to return, revealing it was a dream of late star Paul Walker's.

Diesel also revealed his mother suggested he should step behind the camera to direct, but it has now emerged studio bosses are looking at the Straight Outta Compton moviemaker.

According to reports, Gray has beaten out filmmakers Louis Leterrier, Adam Wingard and William Eubank and will enter into negotiations this week (begs05Oct15). Diesel has also fueled the rumours by posting a photo of himself and Gray with a board full of photos from the films on Facebook.com.

Pre-production is currently underway and shooting is expected to begin in April (16), and Furious 8 is slated to hit theatres on 14 April, 2017.

If Gray signs on it will not be the first time he has worked with Diesel - the action man starred in 2003's A Man Apart, which Gray directed.