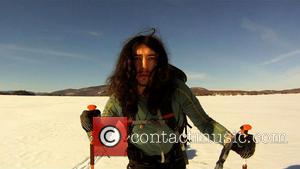 Actor Ezra Miller has already signed on to portray Barry Allen and his superfast alter ego on the big screen, and now Seth has been tapped to pen the script from a screenplay drafted by The Lego Movie filmmakers Chris Miller and Phil Lord.

He is also in negotiations to step behind the camera to shoot the film, which is scheduled for a March, 2018 release, according to The Hollywood Reporter.

Chris and Phil had previously been considering taking charge of The Flash themselves, but they have since agreed to tackle the Star Wars Han Solo spin-off, which is also due in 2018.

If Seth does sign on to film The Flash, it will mark his first moviemaking project, although he has previously directed episodes of his MTV comedy series The Hard Times of RJ Berger.