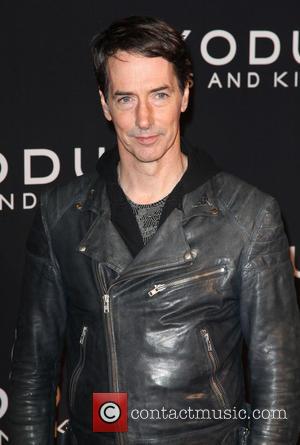 Picture: Richard Phillips - Photographs of a variety of stars as they arrived at the New York Premiere of 'Exodus: Gods And Kings' which was held...

The band axed a performance at May's (13) Maryland Deathfest this week (beg01Apr13), putting the decision down to "personal issues" and sparking rumours of an imminent split as Holt has been juggling shows with Slayer since last year (12).

The rockers, who have been playing across the U.S. with Anthrax as part of the Metal Alliance Tour, have now spoken out to assure fans they are not on the verge of a break-up, revealing a family emergency prompted the cancellation.

A statement from the group reads, "We have recently observed a whirlwind of speculation, conspiracy theories, and just plain ole (sic) dumb-a**ed comments on the Internet regarding our future and Gary Holt's commitment.

"Exodus is not disbanding! Gary will continue to perform on the current Metal Alliance tour, as well as splitting his time between Exodus and Slayer in the future. The band, with Gary, will be appearing at this year's Hell & Heaven fest in Mexico on May 19th, after which Gary will return home to support and care for his family.

"As things worked out, his father was able to recover to a somewhat stable condition, yet he is still not out of the woods and continues to be closely monitored."

Holt has been playing with Slayer ever since the band's guitarist Jeff Hanneman fell seriously ill following a spider bite.

Hanneman almost lost his arm and was placed in a medically-induced coma following the incident in 2011, and has since undergone several operations to remove the dead tissue from his arm. 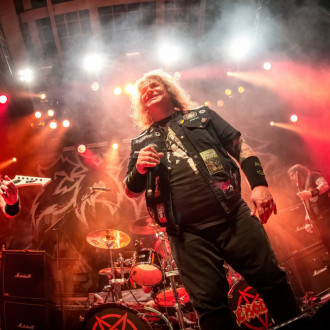