Review of Don't Look Down EP by Exit Calm

If there was ever a band who just kept on working and playing the music they believe in, it would undoubtedly have to be Exit Calm. These Northern lads could really tell you if it actually is "Grim up North" because they have scaled every tin pot venue up and down this fine country of ours. 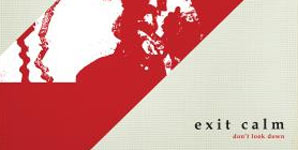 Exit Calm seems to be tarred with a Verve-like sound by the media but this is somewhat of an unfair comparison. Both bands do unleash a darker heartfelt sound but both artists ought to be judged on their individual work.

After releasing a few limited edition vinyls and their self-titled debut album, Exit Calm now offer us their new EP 'Don't Look Down. Nicky Smith has got the gift of the gab so to speak, his vocals just pierce through your nervous system. This, accompanied by the chilling sounds created from the bass and guitar, could easily take you to the brink of ecstasy or a breakdown.

put together with the chilling sounds from the bass and guitar played by two very talented guys you find that when you are listening to 'Don't Look Down' and if you give yourself entirely to the music that you are on the brink of ecstasy or a breakdown.

It's not spiraling chords that grab you (that part gets you nodding to the music in appreciation) It's when they play a note at that perfect moment that builds up to mayhem which make Exit Calm who they are, this could be no more evident than on 'All On You'.

The EP is composed of some brilliant tracks and 'Hope' is no different, if you ever wanted to really test your speakers then this is that tune to do it. Yes, it's a loud track but it's also well executed which means the build and winds down are just as important to the overall structure. Track 4 is a bit of strange one and doesn't really have a place on this EP, at least Exit Calm are not just playing it all safe.

At times Exit Calm are without doubt faultless but they're a band who still have to reach their full potential. This EP really puts you through the emotions, a feeling you can only hope translates into their live shows. 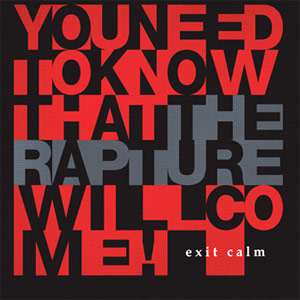 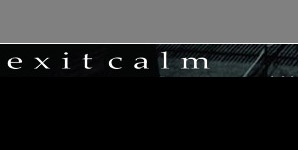