Example has revealed people send him abusive messages about his vocal abilities on Twitter. 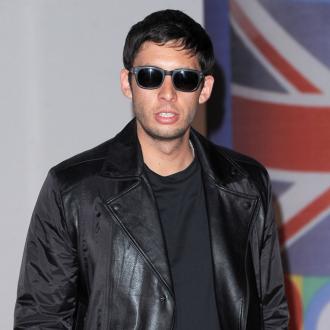 The 'Kickstarts' hitmaker's upcoming fifth album 'Live Life Living' has cemented his transition from rapping to singing, and despite receiving criticism about his vocal prowess on the social network, the musician feels confident about his ability to convey emotion in his voice.

He told Digital Spy: ''I think there's some people who don't like my voice and that's fine and the reason they don't like it is probably because of the sound of it.

''I often get tweets going, 'You can't sing, you're f**king awful' but then I get hundreds of tweets a day saying, 'I love Example's voice - it's so unique and gravelly and has so much emotion in it'. I don't think there's been anyone in history where everybody loves their voice.''

Example denied having a course of singing lessons and feels like his music actually benefits from his lack of vocal training.

He explained: ''I had one singing lesson and it was mainly to learn how to warm up my voice. I said shall I come back for more lessons and she said, 'Well you've got such a unique sound to your voice I don't think I can teach you to sing'.

''I think if you start to learn to sing in the traditional sense you lose all the character in your voice.''

The star is relieved marrying model Erin McNaught helped him give up his party lifestyle because he was becoming a ''self-destructive'' person.

He reflected: ''I mean there were some amazing, fun moments, you know? Like just being able to do whatever you wanted when you wanted, but it was very self-destructive and I didn't really like me as a person.