Sister Bliss thinks Example could follow in the footsteps of Faithless vocalist Maxi Jazz, after she worked on his 'Playing in The Shadows' album. 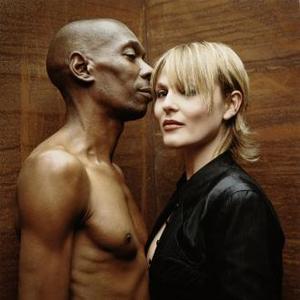 Now defunct 'We Come 1' group Faithless were one of the first to mix rapping and dance music, and DJ Sister Bliss saw some of their approach in the way Example - real name Eliot Gleave - worked when they collaborated for his track 'The Way' on his 'Playing in The Shadows' album.

Bliss exclusively told BANG Showbiz: ''I'd pretty much only worked with one rapper, and what a rapper he was. It was a great difference from the 'bitches and hos,' and 'my bling is bigger than your bling,' attitude you can get in rap.

''And I think Eliot has got that same potential - to not only have that great adrenalin, but actually take it to a deeper level, lyrically and in his song writing.

''He could also actually sing and had a real melody inside of him. I think he has the ability to really become an artist beyond his big rave-y numbers.''

However, Bliss - who has been DJing and working on new tracks since Faithless played their final gigs in April last year - admitted she wasn't sure about working with Example when she first saw him.

She added: ''I had reservations because I'd seen him on the culture show a few years ago and he was so cheeky, but then I really liked 'Kickstarts', and he is really very, very witty and bright, and when I met him I saw a different side.''

Faithless' 'Passing the Baton - live from Brixton' DVD, a recording of their last ever show at London's Brixton Academy, is released on Monday (19.03.12).