British Rapper Example Has Recreated A Scene From The Hangover In A Photoshoot With His Four-month-old Son. 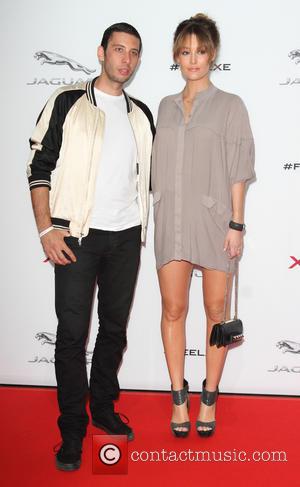 The hip-hop star, real name Elliot Gleave, welcomed a little boy named Evander with his Australian model wife Erin MCNaught in December (14), and he has now shown off the tot in a spread for Britain's FHM magazine.

In the article, titled a Man's Guide to Fatherhood, Example is pictured holding his son in a sling wearing matching sunglasses, in a set-up reminiscent of Zach Galifianakis' scenes in the 2009 Hollywood comedy.

The rapper also gives advice to other dads, saying, "My wife, Erin, and I did these anti-natal classes, where people teach you health and safety and how to wash a baby and all that. When Van was born, we asked each other if we remembered anything at all from all that. It had all disappeared from our minds.

"Her dad and my dad told me good luck, but that was about it. You have no idea what you're doing. No matter how many tips you're given, you just have no idea. The first night we brought him home we couldn't sleep. Even though you know he's fine, you can't help but worry if he's breathing OK or if he's rolled over. We were up every hour."