British rapper Example thinks getting recognised in public boosts his chances of women wanting to sleep with him. 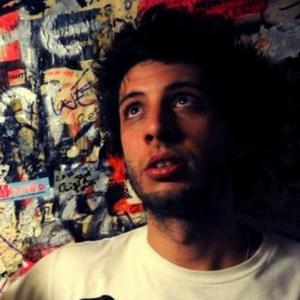 Example likes going on dates in public because he thinks his fame impresses women.

The 'Change the Way You Kiss Me' hitmaker insists he doesn't like being "hassled" by fans, but he thinks it makes potential girlfriends more willing to sleep with him.

He said: "I don't really do dates because I don't like being hassled during a meal, although if you want to impress a girl that can look quite good.

"There are certain places I can go where I know I'm going to be hassled. Like, in my local pub everyone knows me so I don't get bothered, but if I go down to Pizza Express on a date I'm guaranteed to get asked for maybe 20 pictures. There's a good chance she'll want to sleep with you after that."

The 29-year-old star admits getting recognised by the public makes him feel successful.

Asked when he last felt famous, he told the new issue of Q magazine: "Earlier today, when I was walking through Manchester Piccadilly station. I got shouted and waved at by about 40 people in five minutes. Even the foreign bloke in Yo! Sushi recognised me, which was quite good, that's when you know you're doing well."

Example - whose real name is Elliot Gleave - also admitted he buys few gifts for his girlfriends because he prefers to impress them with poetry.

He said: "Women are very impressed by poetry, it's amazing.

"You could buy a girl a Mulberry bag or write a poem and they'll have the same value to her. I'm good with rhyming words so I don't have to buy that many gifts; I'll just write a poem that takes maybe a minute."