Singer/rapper Example put on an energetic gig at the Brooklyn Bowl in front of some of his most dedicated fans, including some who had travelled over eight hundred miles to be there.  A free gig put on by Vevo in London's O2 arena complex saw Example play his hits as well as new material from his forthcoming album due to be released next month. 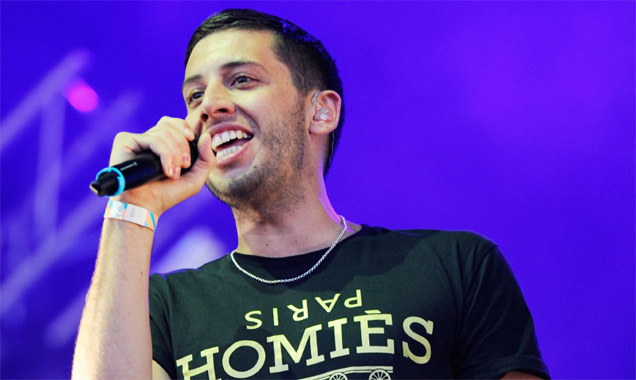 Example engaged with the crowd at every opportunity and seemed to have a genuine stage presence that made it hard to take your eyes off the performance.   His energy was contagious as he revved up the crowd who hung on to his every word and mirrored his dance moves.

Chart hits such as 'Changed the Way You Kissed Me' and 'Won't Go Quietly' whipped the audience into the frenzy as Example announced he would be doing more than the 45 minutes allowed.  This delighted the revellers and exposed Example as the showman and crowd pleaser he is.  Other hits, 'Stay Awake' and 'Say Nothing', also proved to be winners as the crowd simply did not stop dancing.  New tracks 'Only Human' and 'Take Me As I am' were well-received and gave the audience a glimpse of what to expect from his new album.  The chemistry on stage between Example and his band was electric as they rocked the house, and if anyone was in any doubt as to how much it was enjoyed by the crowd, the bra thrown on stage certainly made it clear.

The atmosphere was lively and the show full of vigour.  It seems the 31-year-old West Londoner is back and ready as ever.  With a dedicated fan base, his cheeky character and musical ability, it seems that this could be one of Example's best years. His fifth album 'Live Life Living' is due out in June and a summer full of festivals follows.  A tour is bound to be on the cards later in the year, if you're a fan of Example be sure to go.