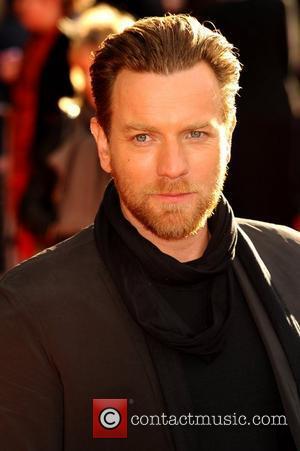 Stars including Ewan McGregor, Carly Simon and Marianne Faithfull have teamed up to record a song commemorating the 50th birthday of Amnesty International.
Toast To Freedom, which also features Rosanne Cash, Kris Kristofferson and Jane Birkin, was initially composed in sessions at late rocker Levon Helm's converted barn studios in Woodstock, New York.
The fundraising single will celebrate the human rights work undertaken by the organisation, which was founded in 1961 after two Portuguese students were reportedly imprisoned for raising their glasses in the name of freedom.
Proceeds from the charity track, which was co-written by 1970s rocker Carl Carlton, will go to Amnesty.
Bill Shipsey, founder of the Art for Amnesty campaign, tells Britain's The Observer, "We came up with the idea one day in November 2010. Carl Carlton came to visit me and said he wanted to do something to celebrate the 50th anniversary of Amnesty International and we came up with the idea of doing a song.
"Carl was good friends with Levon Helm so he asked Levon if we could use his studio to record the song and he kindly agreed. Most of the song was recorded in Levon's studio, then the various artists recorded their vocals in studios around the world."
The Band star Helm lost his battle with cancer on 19 April (12).