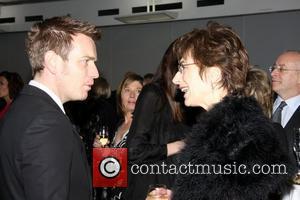 Ewan McGregor offered his STORMBREAKER co-star ALEX PETTYFER some advice on the movie's set - and the teenager has already put it to good use. MCGregor told Pettyfer, 16, to keep his professional and personal lives separate. And when Pettyfer had to return to school after shooting finished he didn't talk with his classmates about his experiences filming Stormbreaker. He says, "I learned one thing from Ewan MCGregor while making the film. "He said, 'I will give you one piece of advice. Work is work and home is home. Don't ever get those two things mixed up. This acting is a job, but when you go home, don't take it back with you.' "I never discuss what I do at school. I never boast." However, Pettyfer is now so confident Stormbreaker will make him a star he has decided to quit school.