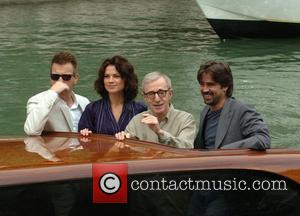 The Moulin Rouge! actor, 33, was in good humour after his first attempt at homosexual screen sex went on longer than expected - but he admits Bale hasn't been in contact with him since shooting wrapped.

He recalls, "I was f**king Christian Bale up the a**e and the crew was filming. I hadn't done gay penetrative sex before, so I'm standing behind Christian's big naked back, going, 'Wow, this is so... peculiar.'

"So I start, you know, pumping away slowly, and I start to go a bit more like a bunny rabbit, then like a Jack Russell.

"Then I said, 'I'm sure I would have come by now.' I glanced back and saw the crew packing up and walking away! I think TODD (HAYNES) hadn't wanted to interrupt us.

"Christian's never written to me. He never phones anymore."