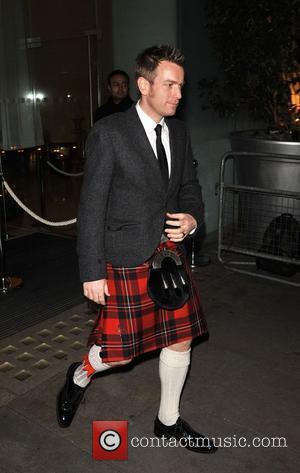 LATEST: Scottish actor Ewan McGregor is reportedly being lined up to play late Nirvana frontman Kurt Cobain. Cobain's widow Courtney Love has acquired the rights to CHARLES CROSS' celebrated biography on her late husband and MCGregor - who has already played a punk star in glam rock movie Velvet Goldmine - is believed to be Love's number one choice to play the troubled singer. An insider on the planned movie tells British newspaper Daily Express, "A number of actors have been talked about the role but Ewan has emerged as the number one choice." The project will be the first official film about the tragic rocker, who committed suicide in 1995, although moviemaker Gus Van Sant cast actor Michael Pitt as a Cobain lookalike in 2005 movie LAST DAYS.