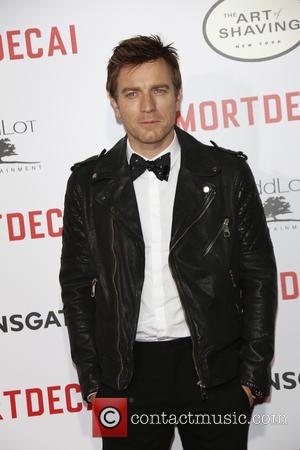 Actor Ewan McGregor has signed up to make his directorial debut with the big screen adaptation of Philip Roth's 1997 novel American Pastoral.

Salt filmmaker Phillip Noyce was originally slated to helm the project but when he stepped down as director, MCGregor, who was already attached to star in the film, decided to ambitiously take on the project.

MCGregor made the announcement in a statement on Wednesday (18Feb15). It reads: "I've wanted to direct for years and wanted to wait until I found a story that I had to tell and in this script I knew I had found that story.

"I'm looking forward to the challenge of being on both sides of the camera, especially knowing I'll be working with Jennifer (Connolly) and Dakota (Fanning)."

The Pulitzer Prize-winning book follows the fortunes of businessman Seymour 'Swede' Levov (MCGregor), whose life falls into disarray when his daughter (Fanning) becomes wanted for committing a fatal act of political terrorism during the Vietnam War.

Connolly is set to play the Moulin Rouge! star's wife.

Filming is due to begin in Pittsburgh, Pennsylvania next month (Mar15).