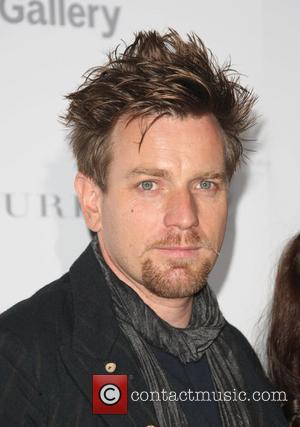 Ewan McGregor refuses to end his decade-long feud with filmmaker Danny Boyle because he still feels sore about the way he was axed from The Beach in favour of Leonardo DiCaprio.
The pair formed a close friendship after collaborating on 1996 movie Trainspotting, and Boyle promised MCGregor the lead role in 2000 blockbuster The Beach - but handed the part to DiCaprio instead.
MCGregor heaped praise on Boyle's 2009 movie Slumdog Millionaire, sparking speculation actor and director would heal their rift - but the Scottish star insists he's still not speaking to the moviemaker.
He tells Britain's The Times magazine, "You just don't treat your friends like that. They absolutely made me think that I was playing the character in The Beach and we talked about (filming) dates and moving dates and so on, and all the while they were keeping me there just in case Leonardo pulled out - which is really nasty.
"And then afterwards, I just didn't hear from Danny for years. When he told me, he was very conflicted and he was very upset, and I spent a lot of time making him feel better and saying, 'No, it's alright, I understand'. And when I went home, I thought 'F**k!That doesn't feel very nice.' And my wife was furious.
"I phoned up the producer Andrew (MACdonald), who I felt was part of the team. And I said, 'Andrew, I've just had lunch with Danny and I don't understand. I didn't think that's really what we were about. I thought we were about something else. I really thought we stood for something.' And he went, 'Come on, it was gonna happen sooner or later'. And then I never heard from them for years."
And MCGregor was left fuming when he was approached by movie bosses to resurrect his Trainspotting character for a big screen adaption of author Irvine Welsh's follow-up Porno.
He adds, "I shouldn't really talk about this, but they wanted me to do... Porno. So I got a semi-apology: 'Feel like we didn't handle that very well... anyway, would you like to do Porno?'"