Ewan McGregor uses ''every piece of technology available'' - including Skype, his iPad and iChat - to keep in touch with his family while he is working. 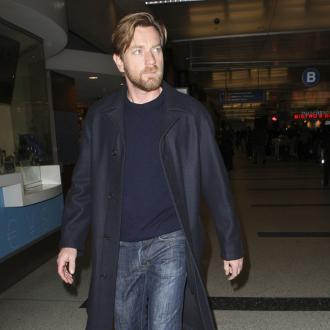 Ewan McGregor uses ''every piece of technology available'' to keep in touch with his family while he is working.

The 41-year-old actor hates being separated from his wife Eve Mavrakis and four daughters, Clara, 15, Esther Rose, 11, and adopted Jamiyan, 11, and Anouk, two, but says inventions such as Skype and iChat help him to see what they are getting up to on a daily basis without him.

He said: ''You use every piece of technology available - Skype, iChat, your computer, the iPad. There are easy ways to stay connected.''

Ewan previously admitted he has been following his parents example when it comes to raising them.

The 'Salmon Fishing in the Yemen' star keeps his rules and morals for his kids simple and just wants them to know the difference between right and wrong.

He said: ''When it comes to my kids, there are few simple values I cherish, the same as my parents. What's wrong, what's right, kindness, a solid culture and good manners.''

The actor, who has been married to production designer Eve, 46, since 1995, isn't sure what the secret to a happy relationship is, but mused: ''There are no rules when it comes to marriage. Still being in love after all the years helps.''