Ewan Mcgregor: 'Nudity Can Distract From My Films'

'Trainspotting' actor Ewan McGregor believes viewers can be distracted from his movies when he appears naked in them. 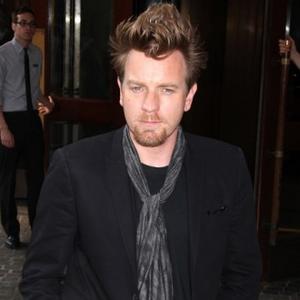 Ewan McGregor says his onscreen nudity can "distract" people from his movies.

The 'Trainspotting' actor - who is well known for baring all in films including 'The Pillow Book' and 'Velvet Goldmine - revealed he has to be "careful" to ensure viewers do not lose track of storylines when they see him with his kit off.

He said: "I have to be careful now. If people think, 'There's McGregor taking his clothes off again', it can actually distract them from the movie."

Despite often being nude on screen, the 40-year-old Scot explained he is not keen on having any work done on his body because he needs to be able to express himself as an actor.

He added to the UK's Harper's Bazaar: "I was driving into an airport the other day, and I saw a woman with her entire face bandaged up. It looked awful. My wife doesn't use it and nor do I.

"Someone offered it to me because I've got a frown mark and I said, 'But I'm an actor, I need to use my face.' "

Ewan - who recently adopted a baby girl with his wife Eve Mavrakis - said last month he will continue appearing nude in movies as long as it is "relevant" for the film.

When asked if he had stayed away from naked scenes, he replied: "No, I certainly haven't made any conscious decision not to. But, it's only ever there if it's relevant for the film.

"I made a film, called 'Perfect Sense', with David Mackenzie, who directed 'Young Adam', and it's possible it might be in there. I can't remember."