Scottish Actor Ewan McGregor Has Changed His Mind About Filming A Sequel To His Hit 1996 Movie Trainspotting And Hopes A Follow-up Could Be Made To Mark The 20th Anniversary Of The Original. 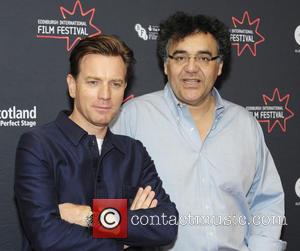 The Moulin Rouge! star shot to fame as heroin addict Renton in the British drama, but he has long been against reprising the role in a second film after falling out with the film's director Danny Boyle over the lead role in The Beach, which the moviemaker gave to Leonardo DiCaprio instead.

He says, "I would be up for it. I've said that to Danny. Everybody has talked about it and speculated about it, but I don't if it's happening yet. I've not seen a script and I don't know if there is one. It's been a long, long time.

"I just think I've changed my opinion about it... We've all moved on and there is a lot of water under the bridge now. I miss working with Danny, I did some of my best work with him and he's one of my favourite directors I've worked with. There was some bad blood and ill feeling, but that's all gone now. I think it might be extraordinary to see a sequel 20 years after the original."