Ewan McGregor has been confirmed for a 'Trainspotting' sequel, with Danny Boyle returning to direct the follow-up to the classic 1996 movie. 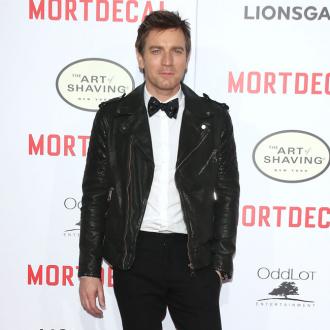 Ewan McGregor will star in a 'Trainspotting' sequel.

The 44-year-old actor will reprise his role as heroin addict Renton almost 20 years after the original was released, having reconciled with director Danny Boyle who he was rumoured to have argued with after the filmmaker promised him the lead role in 2000 thriller 'The Beach' before giving the role to Leonardo Dicaprio.

An insider told The Sun newspaper: ''Thankfully, they finally patched things up and Ewan is now very fired up about making the sequel.

''Like the first movie, he is going to be the central character and will have the most work on the project.

''So he is very invested and is offering a lot of input on the script.

As well as Ewan, fellow cast members Robert Carlyle and Jonny Lee have also been confirmed for the film, which will begin shooting in Scotland in January.

Just last month, the actor revealed he ''would be up for'' making a sequel but insisted he hadn't seen a script.

He said: ''I would be up for it. I've said that to Danny. Everybody has talked about it and speculated about it, but I don't if it's happening yet. I've not seen a script and I don't know if there is one. It's been a long, long time.''

The author of the novel on which the movie is based, Irvine Welsh, also recently teased he was keen for another 'Trainspotting' film following the success of the 1996 original, but said it would have to be made ''in the right circumstances''.

He explained: ''Myself, Danny and John Hodge. We are all really keen for it to happen, but only in the right circumstances. The circumstance has always been that nobody needs the money, so there's no point in doing in for that reason.''